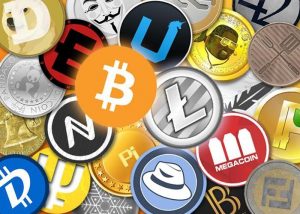 So I thought I would throw this out there if you have wondered what it was like to “mine” a cryptocurrency.

If you’re thinking about mining Bitcoin at home, that ship sailed a long time ago. However you can still mine some of the other popular coins like Ethereum and also lesser known coins.

If you have a spare PC or two laying around with some descent hard drive space and not too old GPUs, you can still have a bit of fun mining at home.

Not to get into the details, but if you have some GPUs from old gaming rigs or whatever that you aren’t using you can do dual mining for Ethereum and Decred (I hadn’t heard of that one either) on the same GPU.

If you don’t happen to have any GPUs laying around or your use them for actual gaming but you do have a bunch of old drives laying around, you can actually mine with hard drive space now.

Burstcoin uses spare hard drive space to generate coins (instead of GPU or CPU) so if you have a few hundred spare gigabytes laying around give that one a try.

I’m not saying you will make money, but it’s interesting regardless and you’ll have a better understanding of what the whole cryptocurrency craze is all about.