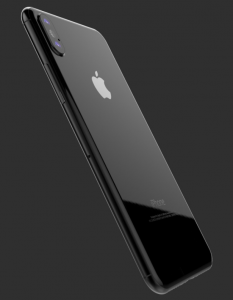 There’s an issue with these numbers in that consumers only really have two choices with phones; Apple and Google based. Apple only makes Apple phones and about a million companies make Google based phones.

So of course loyalty rates are much lower for makers of Google based phones because its fragmented all over the place.

Loyalty rates should really just be between Apple and Google/Android based since that’s really the only two choices we have at the moment.

If you don’t like Google based phones and want to upgrade then you’re only choice is Apple.

I really wish Microsoft would get its act together and come out with a decent phone that developers will create apps for so we would have another choice.

And on an upgrade note, I’m sure Apple will have another spectacular iPhone season when the iPhone 8 comes out, but I’m no longer purchasing phones on installment payment plans.

I want to understand the full pain of paying $1000 for a phone and use that pain to decide whether paying that amount to upgrade from my iPhone 6s Plus is really worth it. Honestly I would rather spend that on a new MacBook Pro that supports more than 16GB of memory.