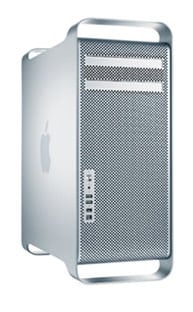 I bought my early 2008 Mac Pro back in… well…. 2008 and it’s been a faithful companion for almost eight years. The Mac Pro has had zero issues for the entire time and is still even a beast to this day with its dual quad-core Zeon processors and 40 GB of memory.

However, even with some upgrades like a higher end GPU and SSDs, the memory is slow and the processors are before hyper-threading was introduced. Let’s face it, it’s getting old and outdated and I really need something modern to take advantage of the latest version of OS X.

I’ll find another use for it, but it won’t be my primary computer any longer.

I ended up purchasing the top end 15 inch MacBook Pro.

In an earlier post I talked about the new MacBook; ultralight and ultracool, however it’s too under-powered for what I need so I ended up returning it.

I have two 4k displays so one of the primary features I needed was for something that could drive both displays which is no easy feat as many higher end GPUs have trouble driving multiple 4k displays.

I considered replacing the old Mac Pro with a new Mac Pro, however it’s expensive… and I don’t really like it. It doesn’t have the character of the old Mac Pros and is no where near as expandable.

After reviewing the MacBook Pros, they all drive multiple 4k displays at 60hz so thumbs up there, however I wanted to make sure there were no issues so I decided to go with the top model which includes the AMD GPU with 2 GB of memory. Just to be sure.

So far so good, no issues driving both 4k monitors at 60hz along with also driving the laptop panel. We shall see how it goes over the next couple weeks.

A couple other things to mention is the SSD is connected via PCI-e so it’s stupid fast. And the Retina display is fantastic as you would expect.