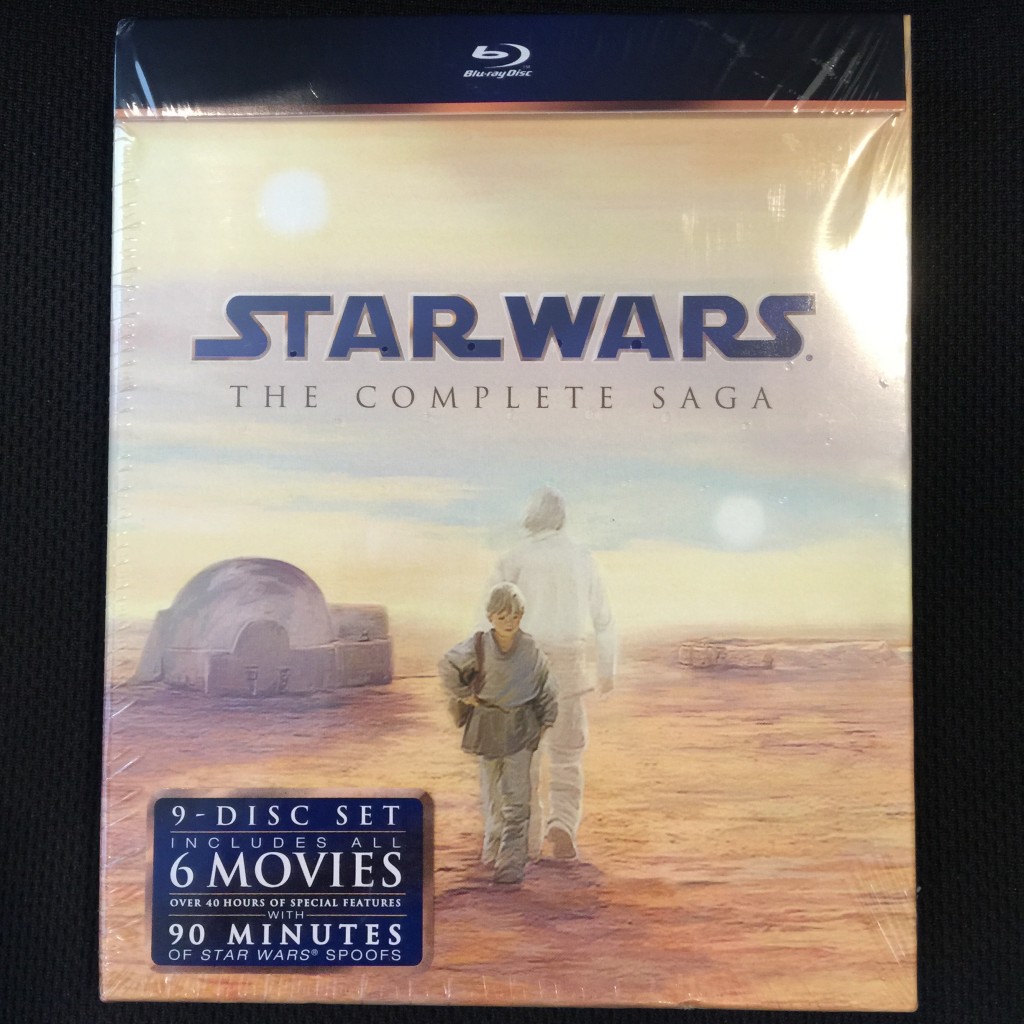 I bought this Star Wars set on Blu-ray so I could watch all the episodes again before the new episode, The Force Awakens, comes to a theater near you.

Not that I expected the same impact that the original Star Wars had on me back when I was 10 years old and first saw Star Wars, but it was pretty much what I expected when watching movies made in the late 70’s, early 80’s. It brought back some good memories and I tried not to make any judgements given that the original three episodes are over 30 years old now and can be excused for a great many things. The second set of episodes…

So I started to watch the first episode of the second set of three, The Phantom Menace… and I turned it off because I just couldn’t stand it, the stupid characters like Jar Jar Binks just make me want to vomit. The overuse of CGI made me feel like I was on some kind of crazy ride at Disney World where everything is a magical land with random monsters popping out at you.

I’m so looking forward to The Force Awakens because of the great work J.J. Abrams did with the Star Trek reboot.

The force is strong with that one…